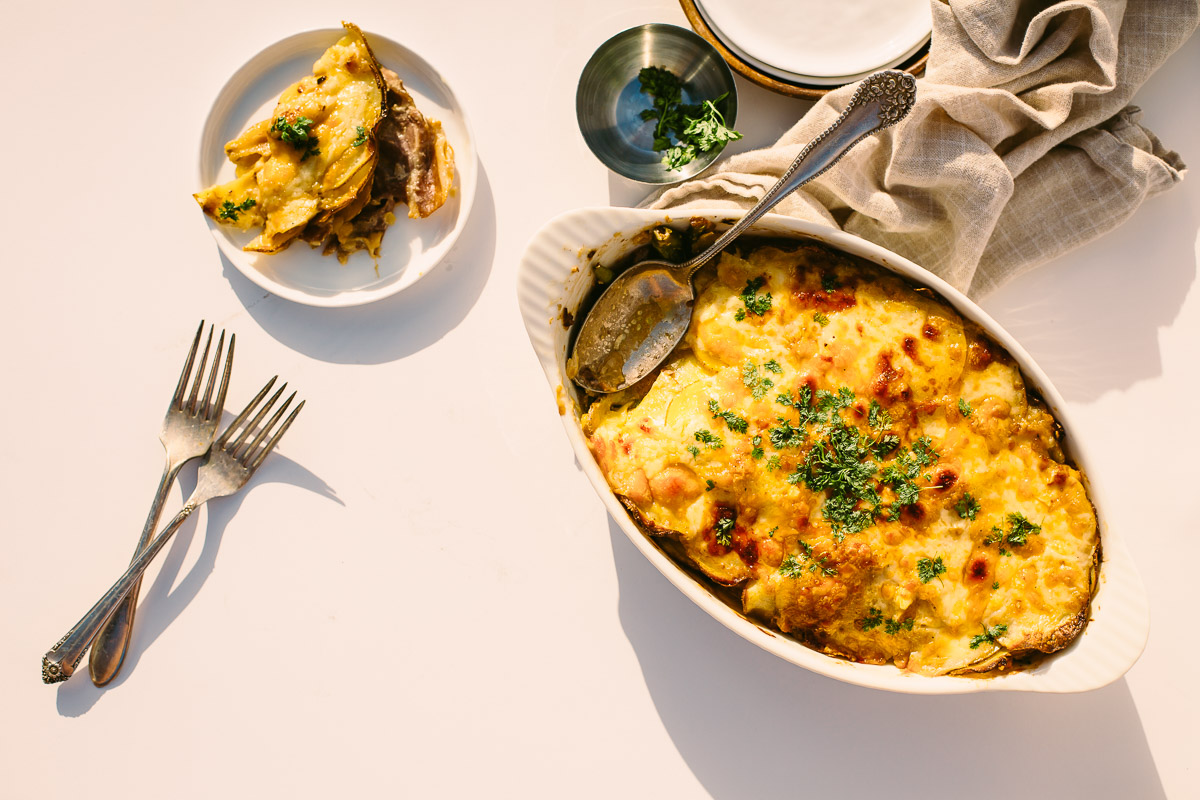 Growing up in Southern Louisiana, comfort foods were the star of my childhood. Whether we were gathering with friends over bowls full of gumbo or court-bouillon on the weekend, making red beans and rice on Mondays, or spooning my mothers’ favorite weeknight-friendly green bean, ham, and potato stew, the bowl was the vessel and the warm food what got us through long days. This last dish was the kind that you could cozy up with and eat for days, simmered low and slow until the flavors melded and the potatoes were tender. It wasn’t an eloquent dish, per se, but it was one that warmed the hearts of almost anyone who ate it, especially during these long end-of-winter days. 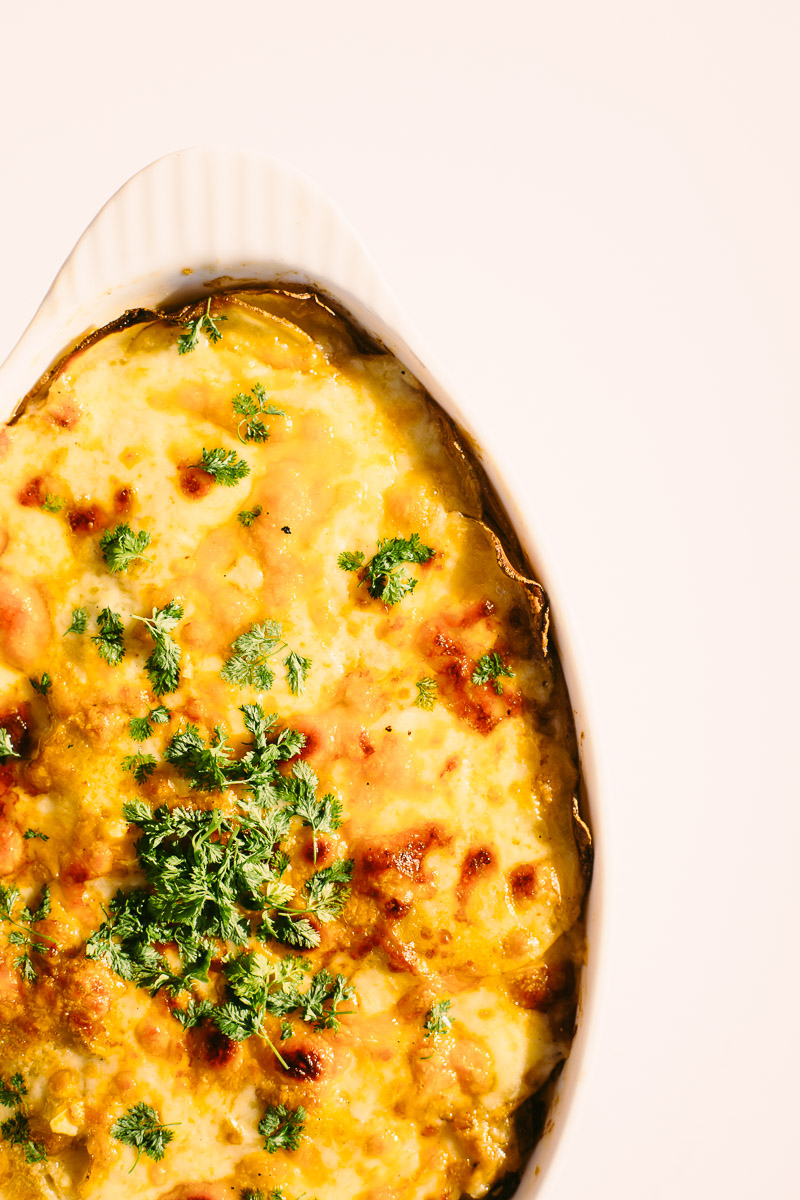 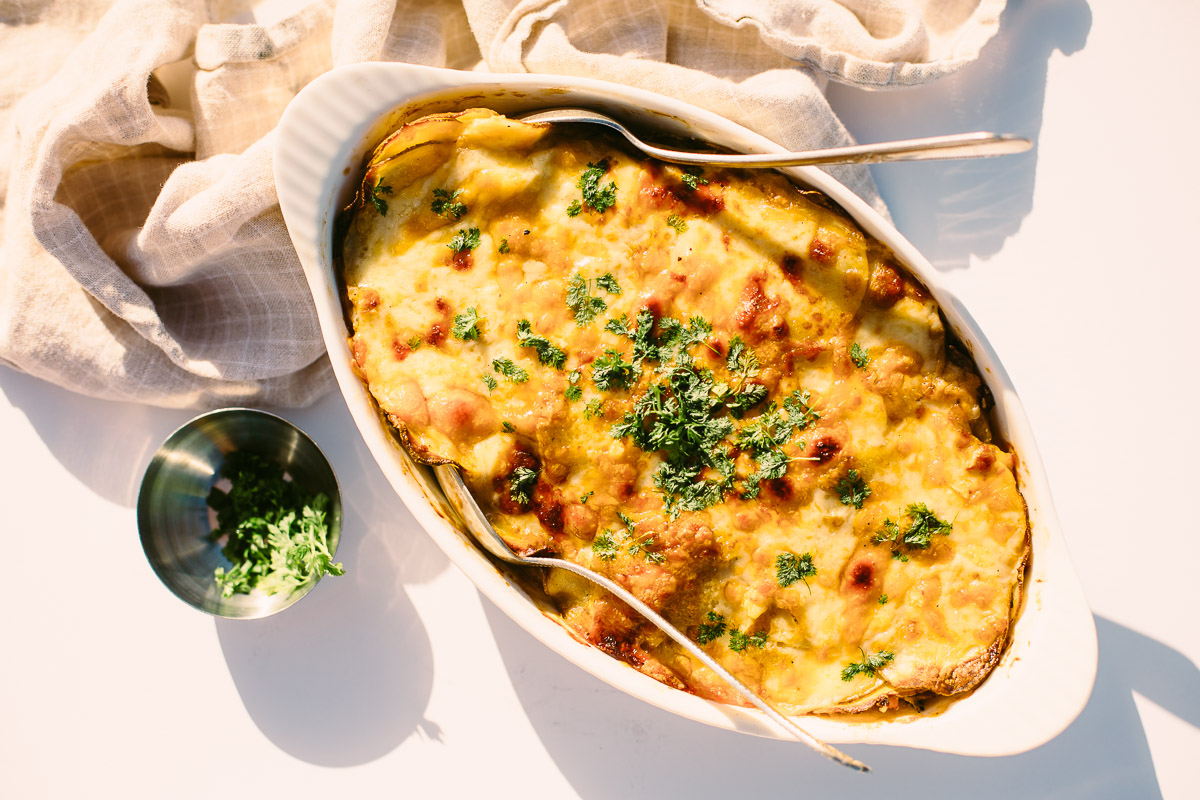 This Potatoes au Gratin pulls notes from my mother’s homey stew but really deserves a class of its own. Deeply caramelized shallots cooked in a dry white wine form the base of the green beans, which are layered, almost in a lasagna-style method, along with strips of salty prosciutto, thinly sliced potatoes, and rich shredded gruyère cheese. Warming nutmeg is sprinkled in with just a dash of cayenne for heat. And it’s all topped with a not-so-bashful layer of gruyère and sharp cheddar that’s cooked until it just begins to bubble and turn crisp. 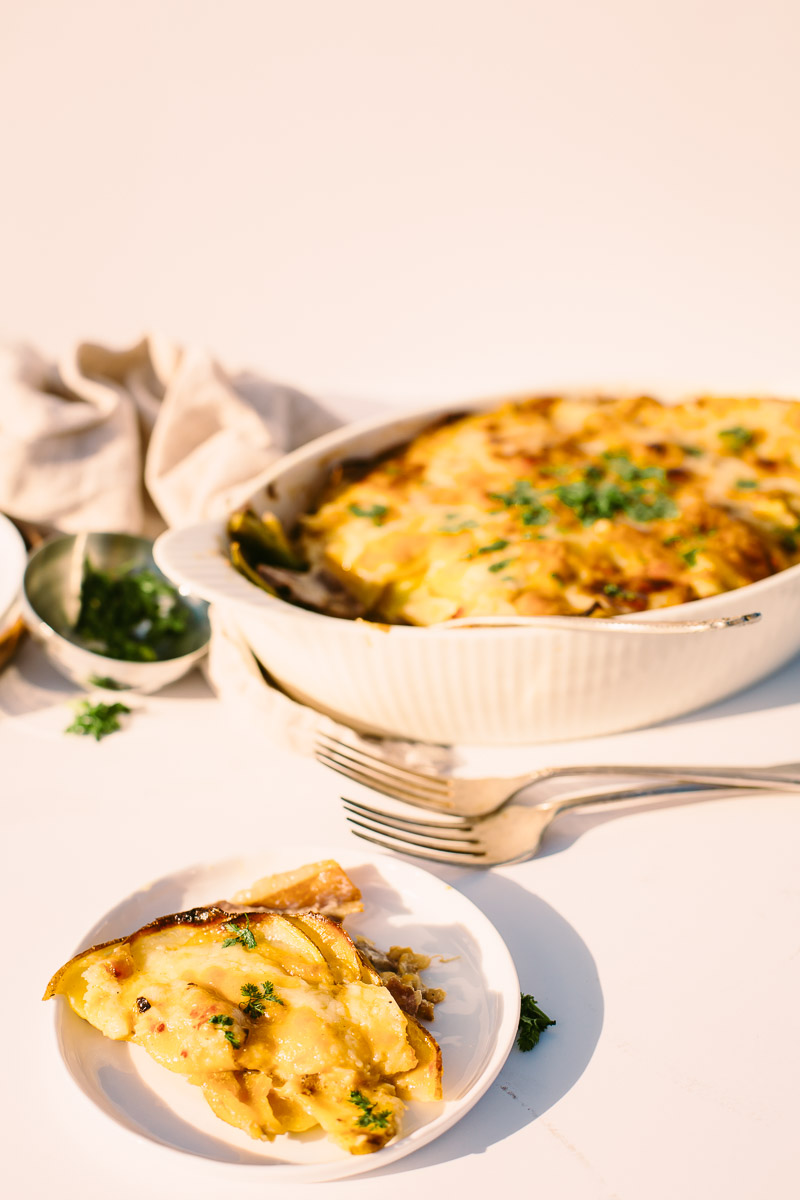 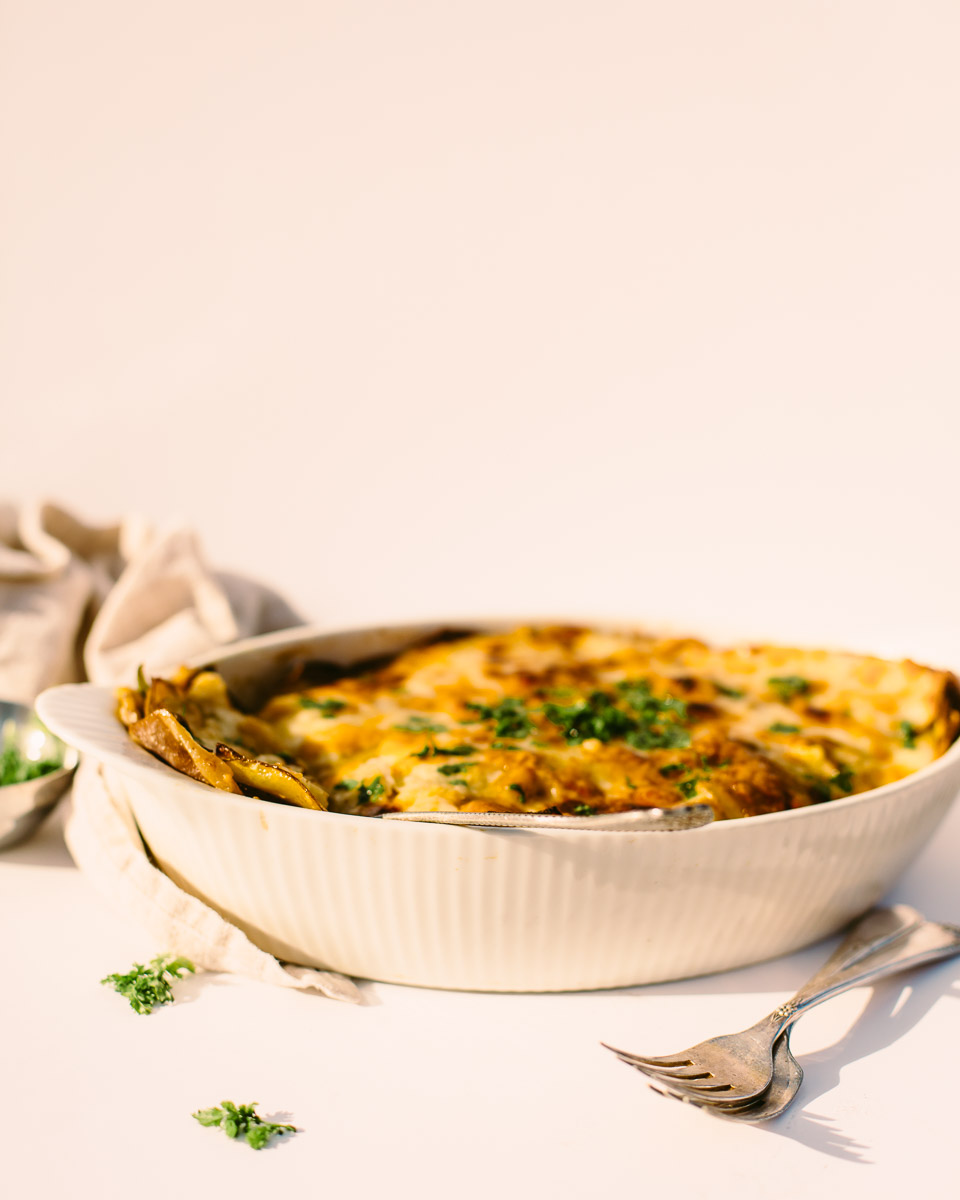 You can use green beans in lieu of haricots verts, but I find they hold a bit more water than the thin haricots verts so they may leave leftover liquid in the pan.

Cooking time may vary depending on the dimensions of your pan. Begin checking the dish after 1 hour and continue checking every 10 minutes until the potatoes are cooked through and the cheese on top is turning just golden in parts.

Brooke is a former academic turned food and travel writer, photographer, and blogger. She and her husband are currently cruising the U.S. Gulf Coast, the Bahamas, and the Caribbean on their 40-foot sailboat and writing about their adventures on Chocolate + Marrow.

This isn’t your usual pancake, but what it lacks in maple syrup, it make up for in…..beets? I knew this would be an easy…