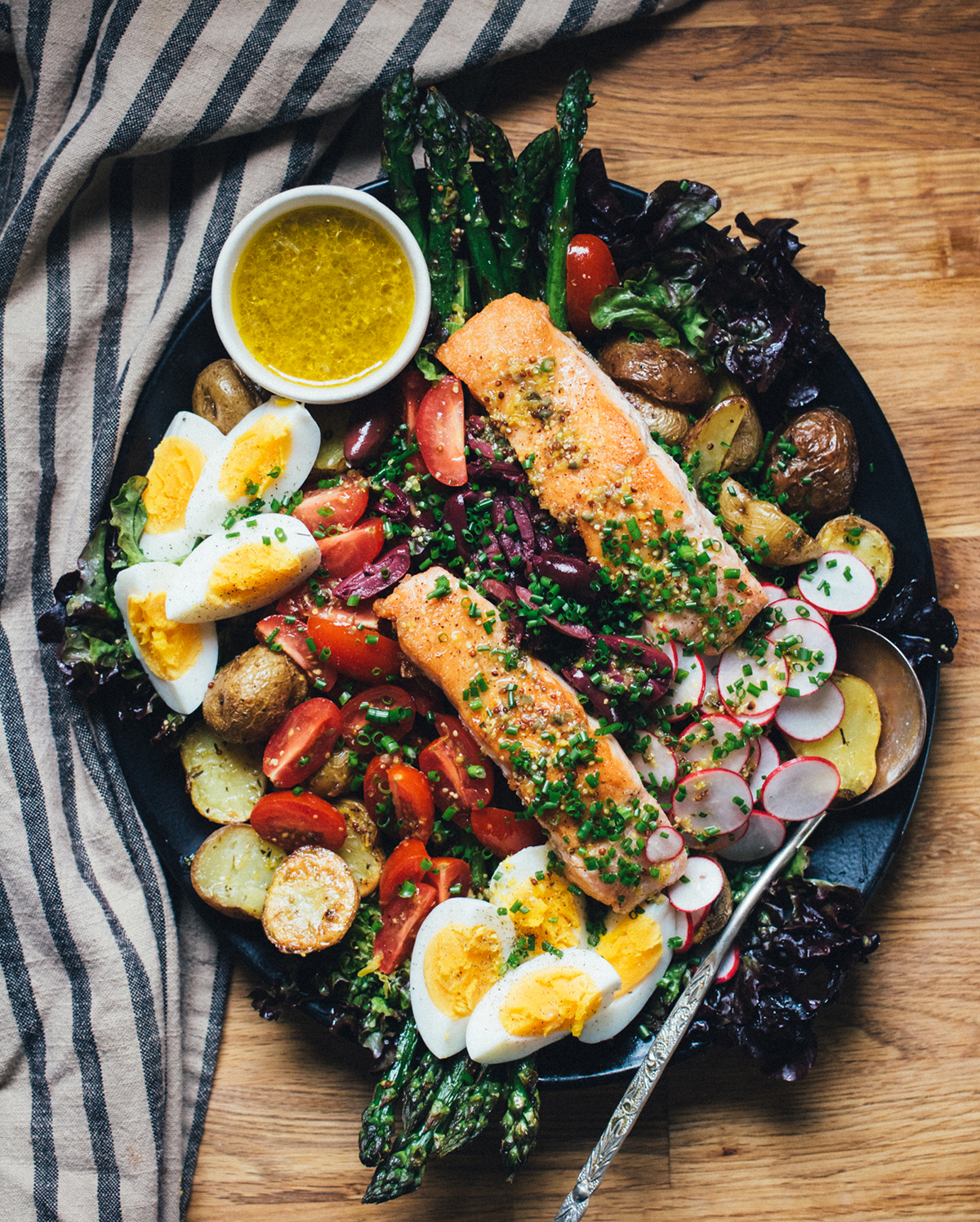 Niçoise is one of my favourite spring/summer salads. It originated in Nice as a simple composed tomato, anchovy, and olive oil salad. While it’s come a far far way, many will still argue that there are very specific ingredients that Niçoise should (and shouldn’t) have. I’m a free spirit when it comes to cooking and like to give myself a little bit of flexibility with the ingredients that I use in this salad, taking advantage of fresh seasonal produce and experimenting with different types of fish as well. 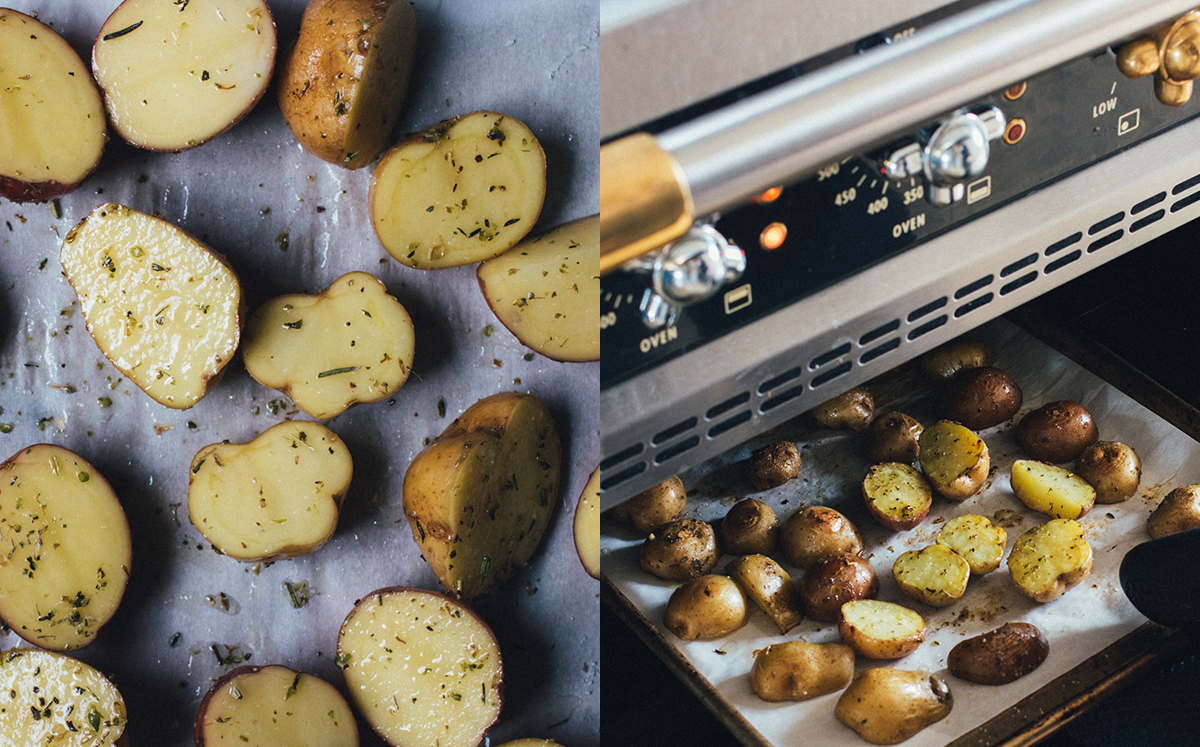 For today’s version, I roasted up some baby potatoes and asparagus for the base, because it’s SPRINGGGG! Then added hard-boiled eggs, olives, cherry tomatoes (not quite seasonal, but i felt that the salad needed a juicy ingredient), and finally I topped it with thinly sliced radishes and finely chopped chives. While tuna is typically found in Niçoise, I promise you that the seared salmon that I’m using today will not disappoint. Any fatty and full-flavoured fish will be delicious, even canned fish, which is often overlooked. If you have access to marinated anchovies (not the salt-packed ones), I encourage you to try those as well. They’re a little bit harder to get, and perhaps an acquired taste, but totally worth trying in this salad. 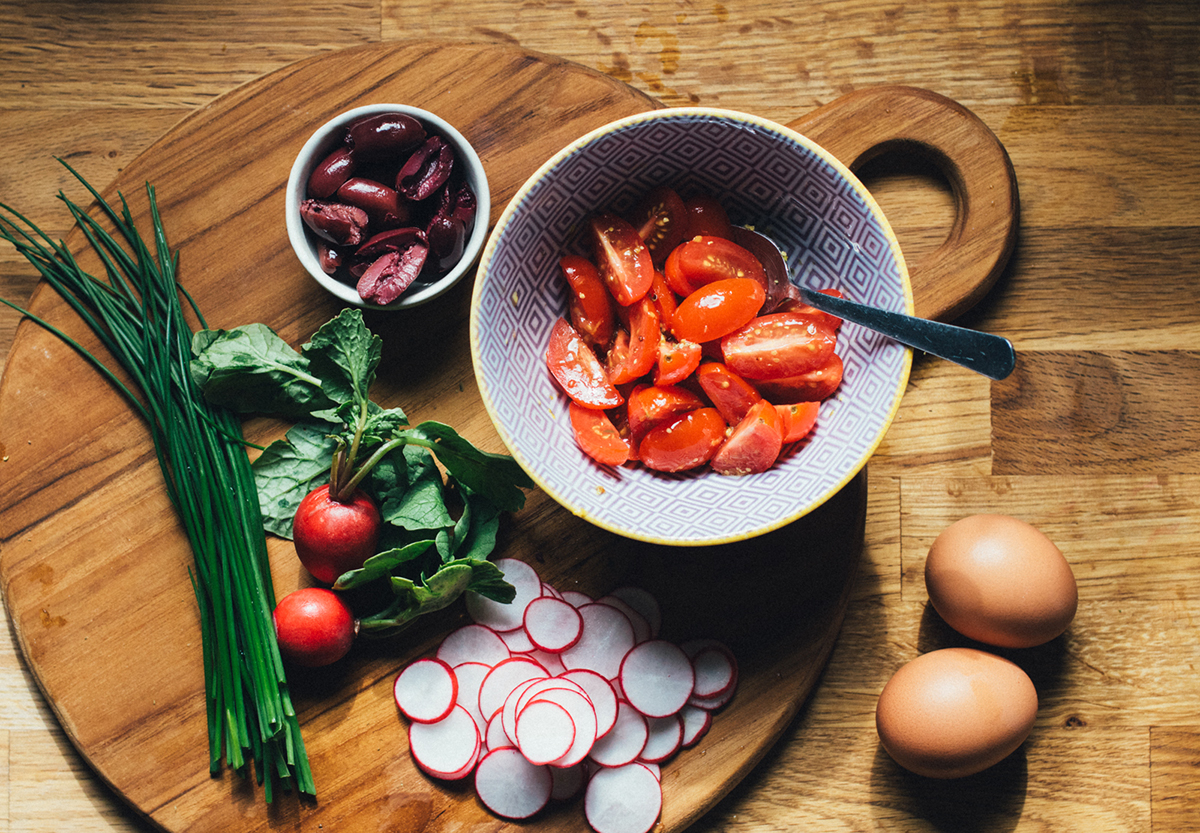 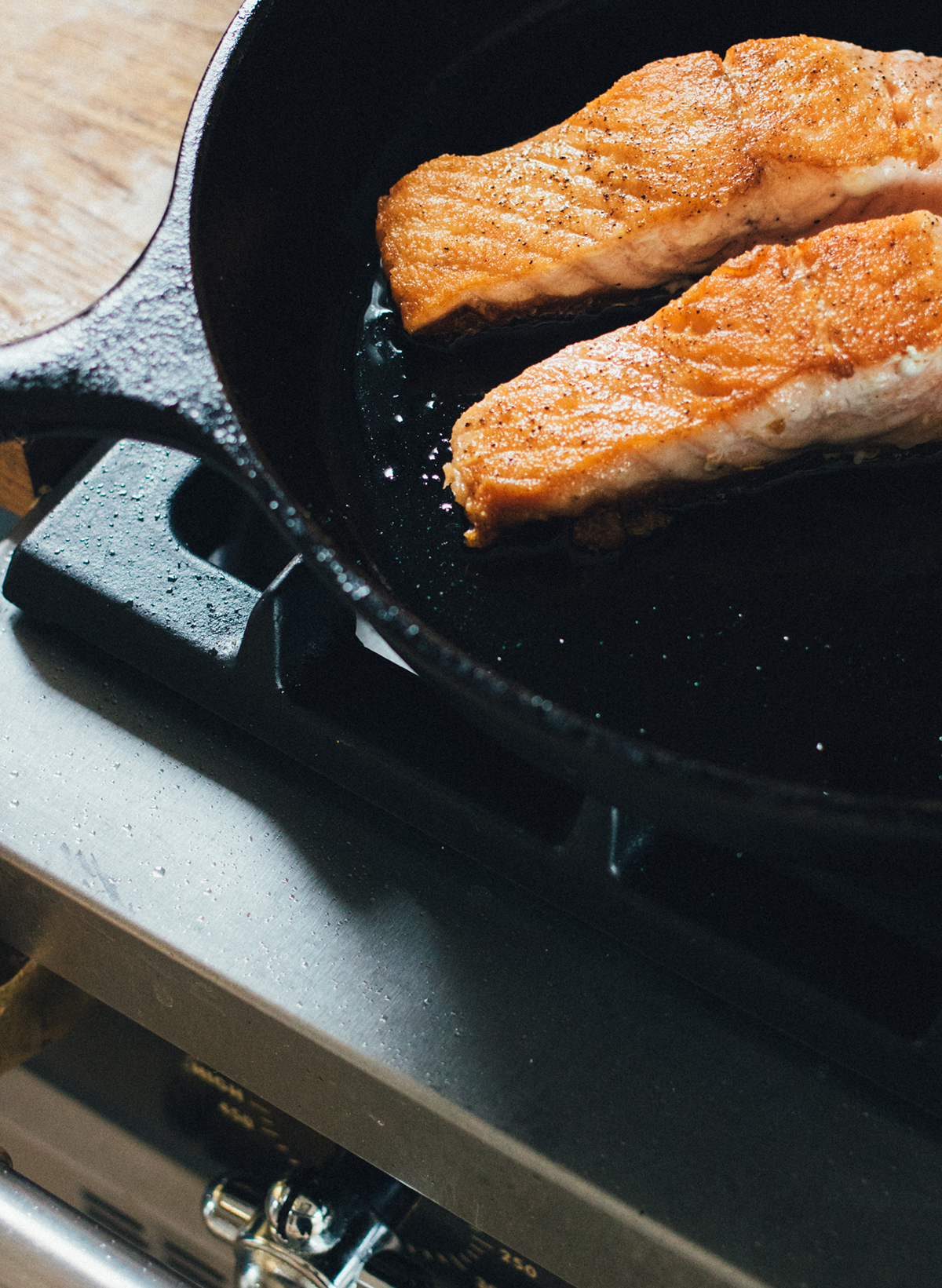 Niçoise can be made as either a tossed or composed salad. If I’m making it just for myself, I would toss everything in a bowl, mix up the dressing, and be on my way. Serving it to a group of people is a little bit different. I prefer the composed version, as it’s much better looking and people can be selective with what ingredients they’re putting on their plate. They key to a good composed salad (Niçoise, or otherwise) is making sure that all of the components are properly seasoned. Pouring the dressing on top doesn’t always get into all of the nooks and crannies, so make sure that you dress each component as you go, and then you’ll know that all parts of the salad are seasoned and delicious. 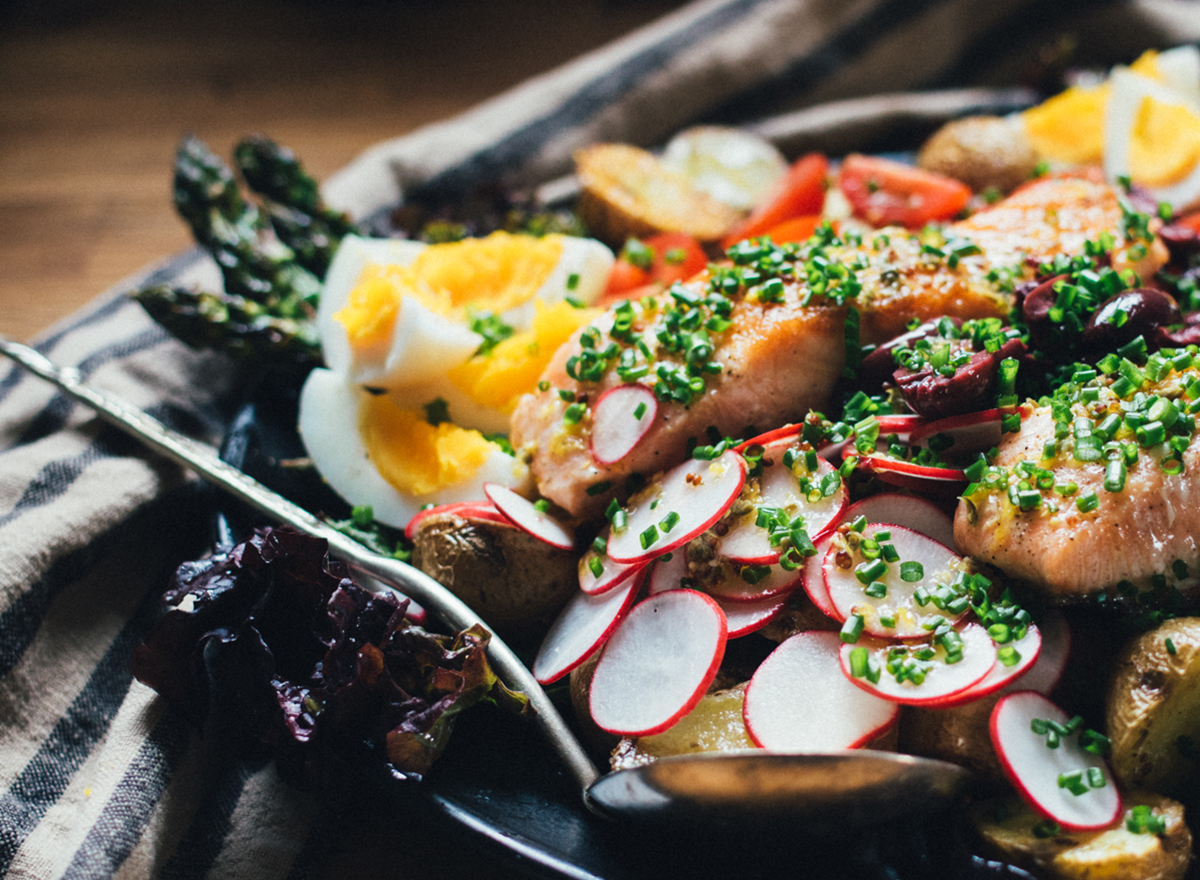 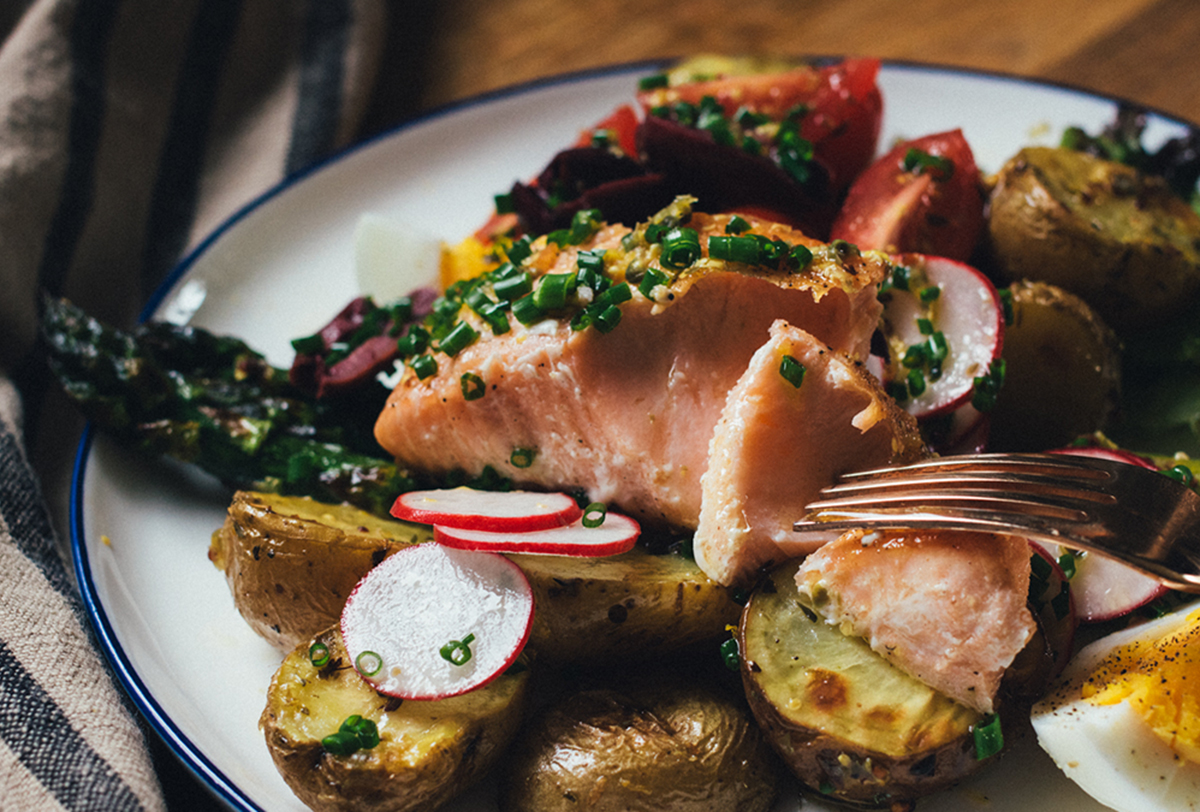 Sofia is the relentless experimenter, mess maker, and picture taker behind From the Land we Live on – a food blog focused on sharing recipes inspired by seasonal ingredients and a never-ending quest for something interesting and new. She can most often be found standing on her kitchen counter (with a camera in-hand), writing software, reading cookbooks, growing vegetables, or riding her bike in search of the best ice cream.

Early March denotes the changing of seasonal tides, the time when we’re all too tempted to believe the old saying, ‘spring is just around…