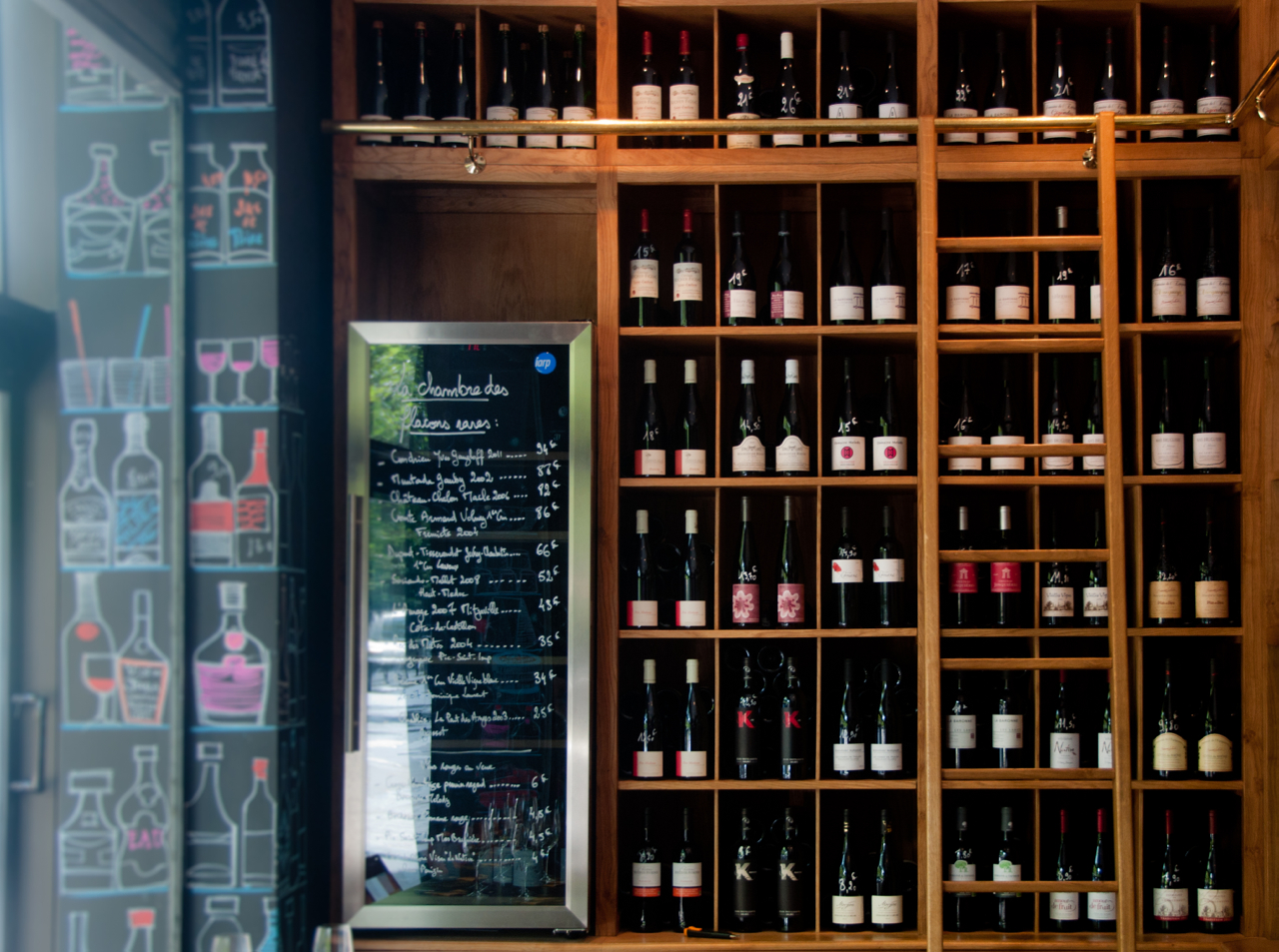 Paris is known as the City of Light, a city of beautiful architecture and enough museums and galleries to keep you occupied for months on end, not to mention the shopping…. And then, there’s the food.  Over recent years, culinary tourism has become more and more popular and now, as well as the guided tours of the city’s sights and monuments, you can find tours of some of the city’s “musts” when it comes to eats and drinks. 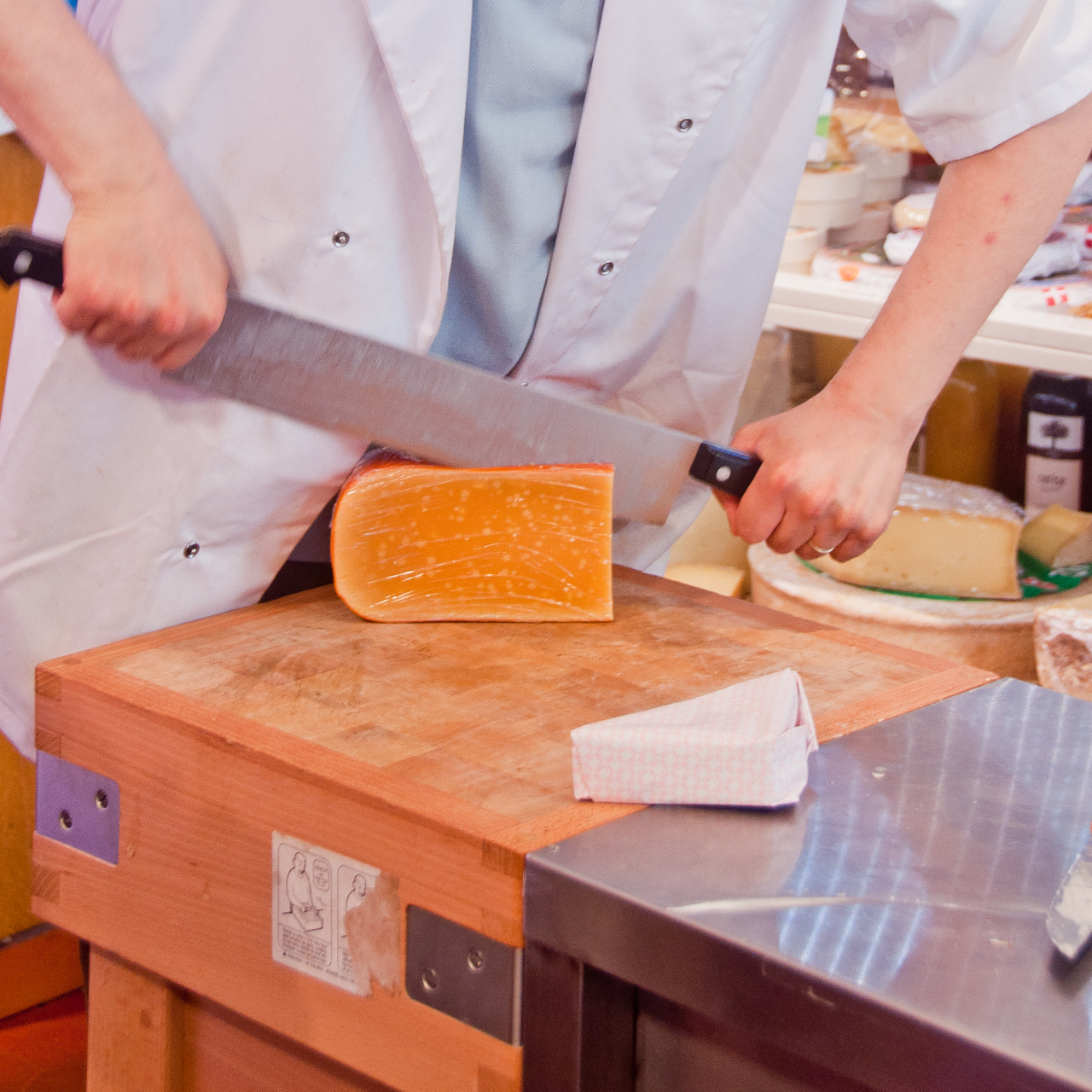 A guided tour, you ask?  Well yes, but not like you are picturing.  A guided food-themed tour (or even a few!) – especially at the start of your trip – is a great way to get your bearings in the city and it will definitely help you plan your meals and snacks if that is the type of traveller you are (I know I am !).  A food tour led by a local guide can be key in obtaining “insider tips” for places to eat and drink that are a bit off the regular tourist trail. 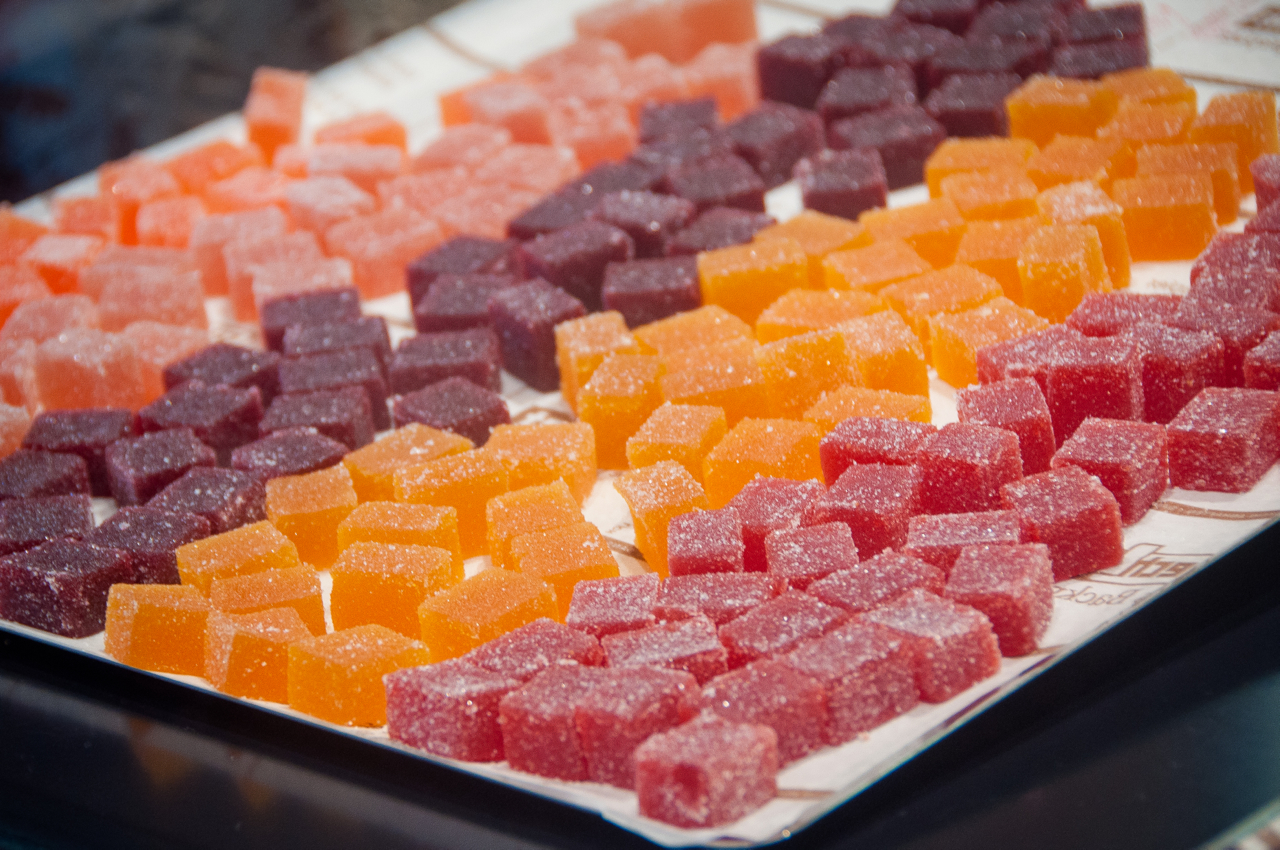 Over the past few years when visiting Paris, I have had the privilege of joining in a fair number of Paris food tours and can highly recommend the following:

Context describes themselves as offering “in-depth walking seminars for small groups of intellectually curious travellers”.  Their tours are themed around different interests – history, architecture or food – and are led by locals in the know.  This tour is a great way to discover pastries and sweets on the Left Bank – you’ll be led through a series of pâtisseries and  chocolatiers, tasting as you go. It’s a wonderful way to find places to re-visit during the rest of your trip!

Context Paris: The New Parisian Palate – A modern taste of the Marais

This tour of the upper Marais (now known as The New Parisian Palate: Modern Tastes of the Marais).  “Bobo” is short for “Bourgeois-Bohemian” (in other words, hip!), and the tour takes place in an area of the Marais which is home to one of what Context call “Paris’ most exciting gastronomic districts.”

This is Context’s Left Bank tour focussing on culinary traditions.  You’ll learn all about how the neighbourhood boulangerie is just as important as the “grands restaurants” in a 2.5 hour tour of specialty food shops, pâtisseries and bakeries.

Context Paris: A tour of the Marché d’Aligre

The Marché d’Aligre is a neighborhood market in the 12th arrondissement which is not so well known by tourists yet well-frequented by locals. The tour offers a leisurely stroll through the market where you’ll learn how Parisians shop for their food and about concepts like terroir. Taking in the market with a local makes it a lot more “do-able” for those who are new to the idea and is a great way to “practice” for when you are on your own later in your trip!

Flavors of Paris: The original tour

This tour, based in and around the St Germain des Prés area on the Left Bank, takes in local shops, markets and restaurants. You’ll sample everything from baguettes and chocolates to exquisite olive oils and, of course, great wine paired with fabulous cheese.  The stops on each tour change according to what’s open and what’s in season. 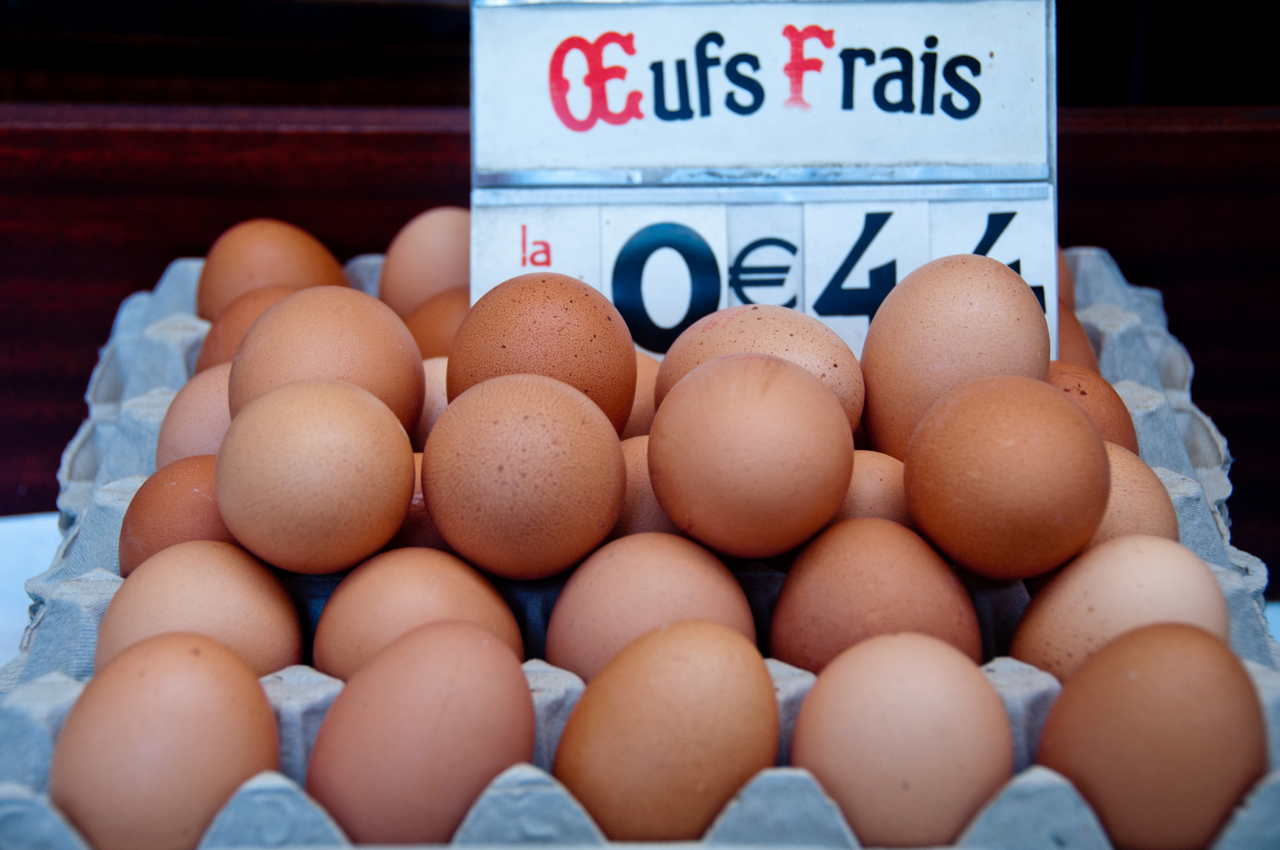 The tour takes place in the trendy Marais area on the Right Bank.  You will explore a number of La Cuisine Paris’ favourite sweet boutiques, checking out tasty treats from macarons and pastries to pralines and chocolate.  You receive a map at the end of the tour so you can plot your way back to your favourite spots later in your stay!

Have you ever stood in a wine and/or cheese store in France and been overwhelmed by the choices? There are something like 400+ cheeses (and goodness knows how many wines) in France so choosing just one can be challenging if you don’t know what to look for or ask for or you just don’t recognize the names in front of you… Enter this La Cuisine Paris part-tour, part-tasting where you’ll shop for cheese and wine with a local chef then indulge in a very pleasant and informative afternoon of tasting which will leave you feeling more confident in your ability to shop for both cheese and wine in France.

This offering from La Cuisine is not your typical Versailles tour – you don’t get to see the Château at all (unless you choose to) – instead, you explore the King’s Kitchen Garden, then the local market, after which you are served a four course lunch.  After lunch, if you choose, you can head to the Château which you can visit at your leisure (that day or anytime for the next two years as that’s how long the tickets are valid). A really unique take on Versailles! 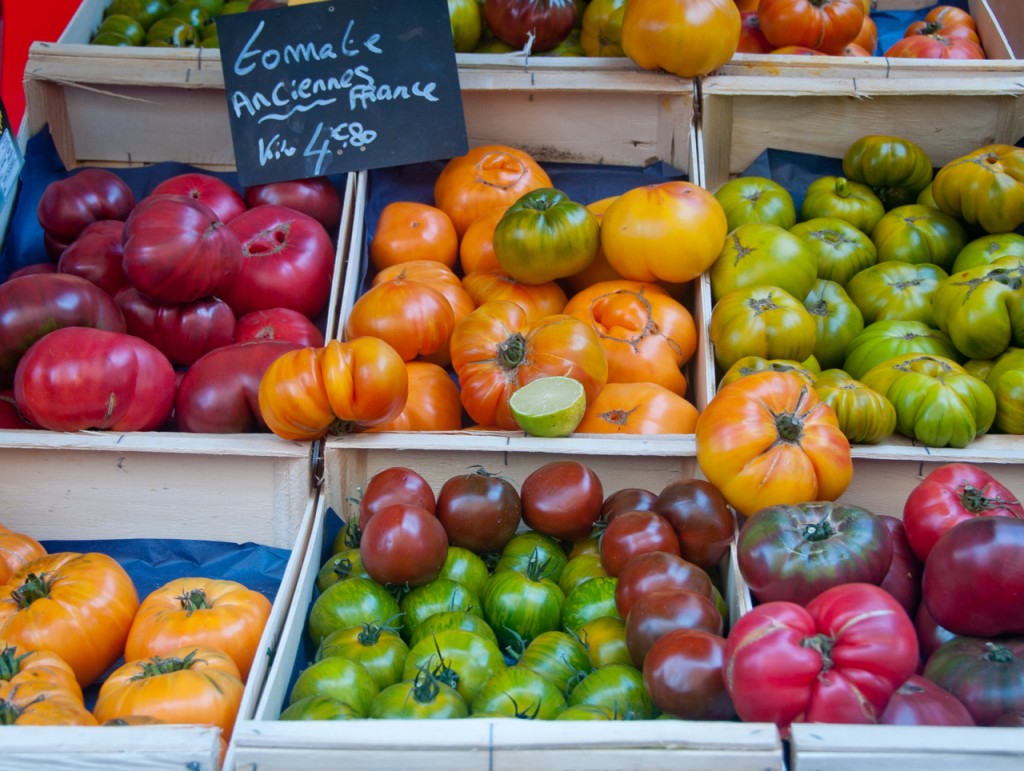 With the Eiffel Tower in the background, this tour takes in an unexpectedly (for me) vibrant food scene against the backdrop of the classy architecture of the 7th arrondissement. While there was definitely a food focus, this tour is not just about the food. Maël, our guide, also shared information about history, architecture and art, so there’s definitely something for everyone to learn about!

Leave the tourist traps behind, this tour in the 10th arrondissement (a neighbourhood you definitely wouldn’t have seen anyone other than locals venturing into back when I lived in Paris over a decade ago!) showcases the Canal Saint-Martin, now home to a thriving artisinal food scene.  You’ll check out baked goods, charcuterie, vegetables and fruits and coffee all in the picturesque surrounding of the Canal and the streets around it.  You’ll end the tour in a wine bar enjoying some well-paired cheeses.

Paris by Mouth: Taste of the Marais

Because it’s a city with an ever-changing culinary landscape, I never feel like I am totally up to speed with all that’s happening in Paris.  This is one of a number of Marais food tours I have taken but I learn something different each time.  On this tour, you’ll taste bread and pastries from an award-winning bakery, then work your way around the neighbourhood checking out artisinal food stores tasting cheese, chocolates and charcuterie, ending in the oldest covered market in Paris sipping wine expertly paired with cheese. 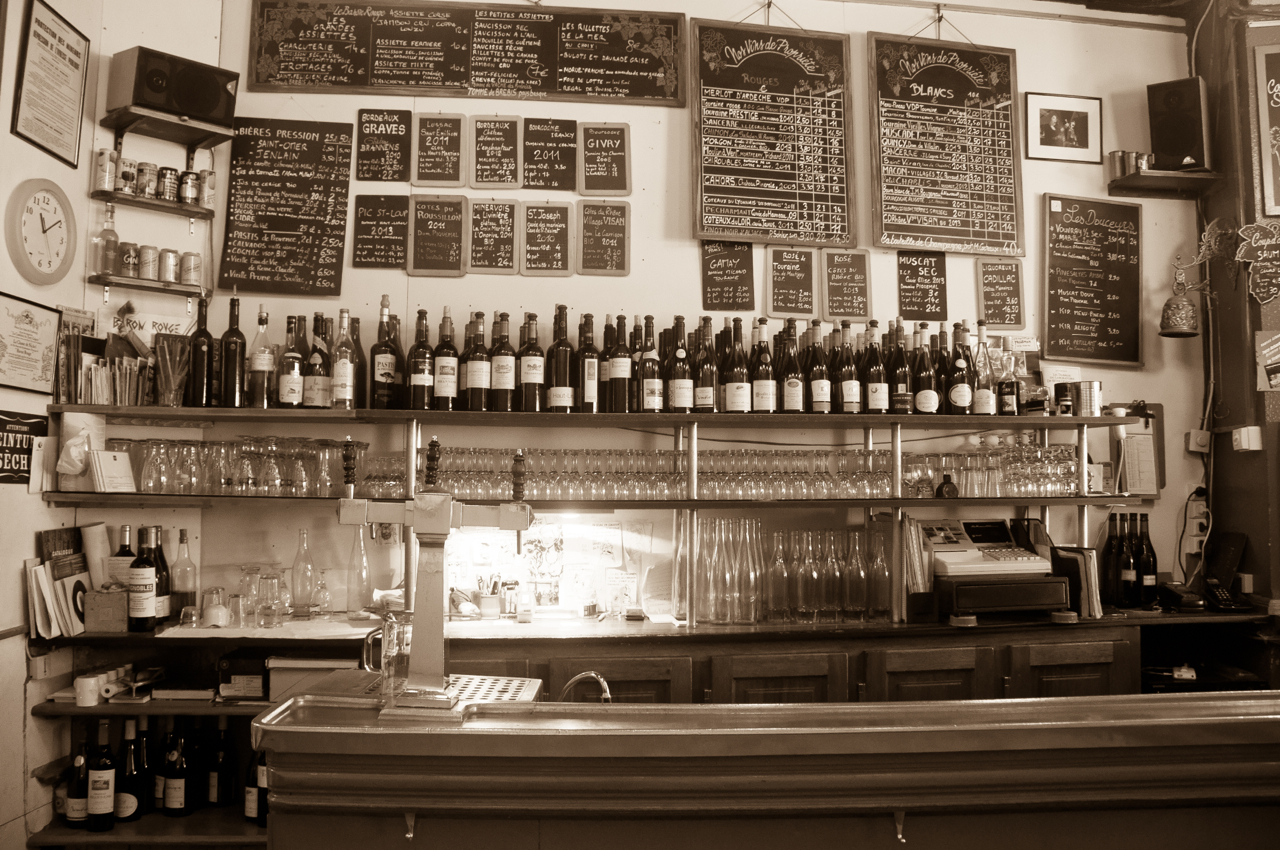 What Paris food tour would you like to experience?

Disclosure: I was a guest of Localers, Paris by Mouth, Context and La Cuisine Paris on the tours mentioned in this article. I was not asked to write about them and am not being compensated for doing so. All opinions 100% my own.

Mardi is a full-time French teacher to elementary school-aged boys and the author of eat. live. travel. write. Mardi grew up in Australia, lived and taught in Paris for over five years and now calls Toronto home. In 2014, Mardi and her husband purchased a historic home in southwest France, which they operate as a vacation rental property. Mardi also teaches (mostly French) cooking and baking classes for adults and at her school in Toronto. In the French kitchen with kids was published in July 2018 (Appetite by Random House).

Because it isn’t October without a little pumpkin spice (or in my case a lot of pumpkin spice), this recipe celebrates my favourite seasonal…